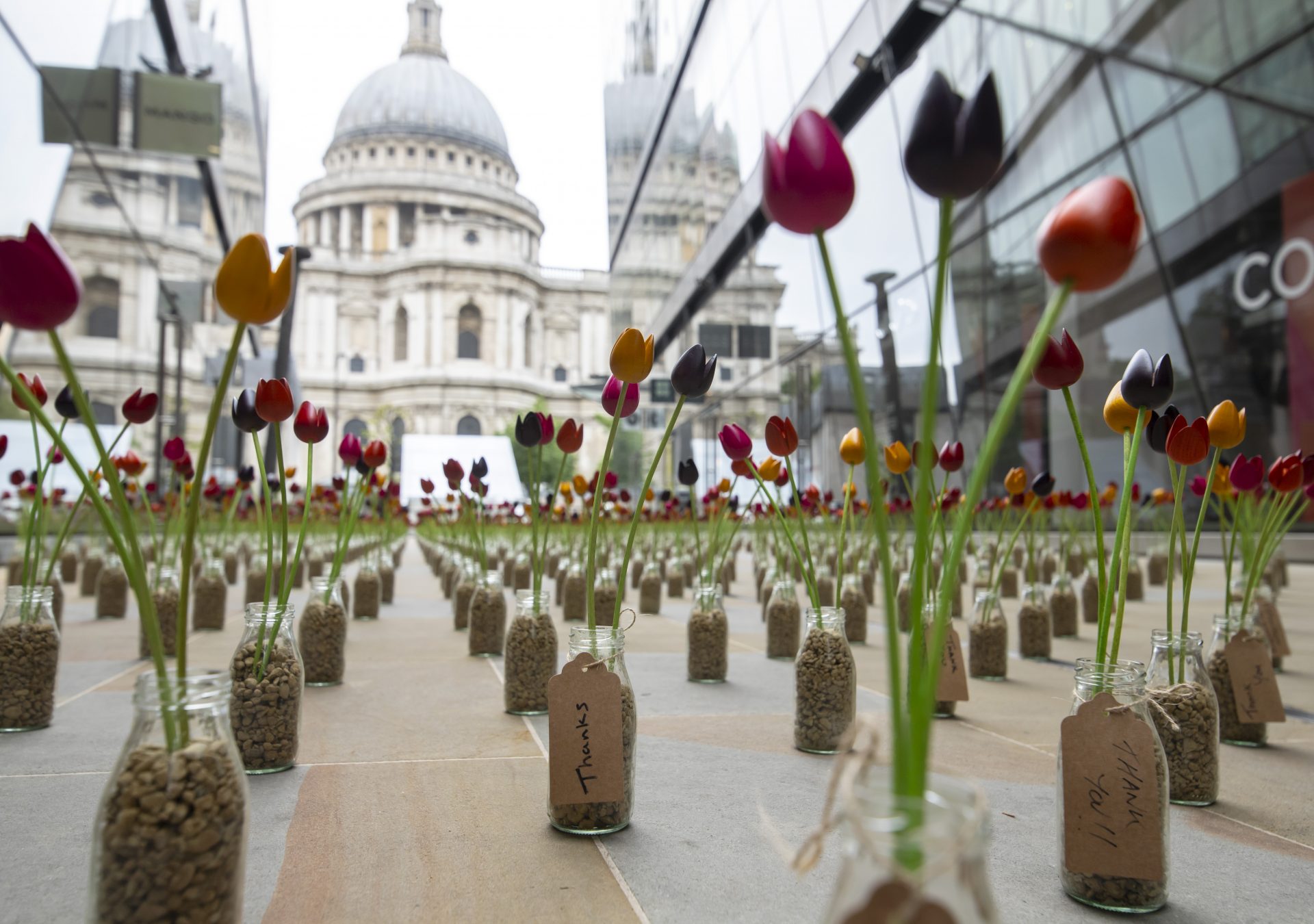 It’s kinda mad to think we do this sort of stuff for a living, but our latest piece of work for the great people at the Benefact Group was an absolute blast.

Launching the Movement for Good Awards (in which £1 million is donated to hundreds of charities) for the fourth year running, we paid homage to the hundreds of thousands of people who have nominated charities to receive an award over the last three years.

Huge ‘urban meadows’ each featuring 1,500 bunches of hand-carved wooden tulips appeared in five cities around the UK earlier this week, representing a “thank you” from the 1,500 causes who have received a donation to the people who voted.

Nominations are now open so take a minute and vote for a cause close to your heart to receive a share of £1 million.