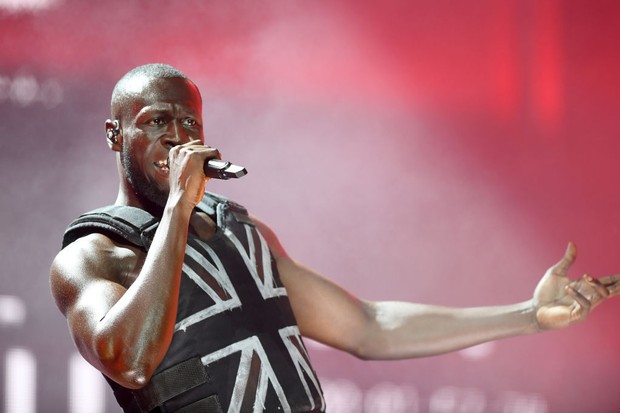 We, like the whole country it would seem, are on somewhat of a Glastonbury come down.

Much like those days that follow a particularly well deserved or exciting holiday, there is a small sense of gloom crawling in at the edge of an otherwise vividly positive memory.

And we didn’t even go!

But other than not having to wake up fizzing with sunstroke or paying £9 for the privilege of a festival strength cider, there are other benefits of being an armchair viewer.

Certainly, hopping between iPlayer live streams is a lot quicker than traversing through the hordes at Worthy Farm, but what the TV also allows you to do is soak up all the staging, creativity and messaging each artist (and their teams) puts into the live show.

This year was rife with acts using that sizable Glasto platform to raise awareness across various issues, but it was Stormzy that seemed to relish the opportunity more than most.

With Jay-Z’s advice still ringing in his ears, Stormzy’s set featured dancers ranging from Ballet Black to ten-year-old hip-hop star Princess K, spoken-word elements from Labour MP David Lammy and author Malorie Blackman, as well as the use of some thought provoking visuals – including a controversial Union Jack stab vest designed by Banksy.

It was a stunning performance and not just because of the staging. You could forgive a man of his age to perhaps indulge the ego somewhat within this moment, but his selfless and humble approach was so refreshing to see.

Which leads us into this week and another fantastic example of selfless promotion.

AS Roma, who have a very well-deserved reputation of being one of the premier proponents of humorous social content, have ditched the bants in favour of a much more compelling cause.

The football club is putting a spotlight on missing people via its videos to announce new signings prior to the start of the new season.

Using its online presence for social good, they have partnered with both the National Center for Missing and Exploited Children in the United States and Telefono Azzurro in Italy, with talks ongoing to include British charity to extend the scheme.

The execution is simple.

Each video divides the screen into two. On one side, ‘signed’ featuring the new player. The other side, ‘missing’, featuring a collection of missing children.

Paul Rogers, head of strategy at AS Roma, said:

“We have a massive social media following and our announcements generate incredible reach and awareness, all over the world, so we thought that at the exact moment when the world’s attention is on the club’s announcement, we could use our social media channels not for self-promotion but rather to help.”

It’s easy to use a position of authority to punch down with a creative execution. Much harder to use that lofty perch to make something worthwhile without being branded ‘worthy’ for the sake of it.

Both Stormzy & Roma have used their ‘stages’ to great effect. One literal, one virtual.

At Switched On we have also had a recent opportunity to do something similar.

Our partnership with Ecclesiastical to launch their Movement For Good is, on paper, a simple task of raising awareness;

£1million will be donated to charitable causes this summer. Half of that amount will go to charities nominated by members of the public. The total is a ‘platform’ that has weight – a big number which generates media interest.

But we felt that the key to motivating the masses was making the outreach increasingly personal, so that the connection to the Movement as a whole became more heartfelt.

Did we go big at launch? Of course. However, where we took the campaign next was hyper local.

Using the data we amassed during the first few weeks of the campaign, we created tailored stories for each county of the UK, highlighting the charities and sectors within that region which were generating support.

That push helped to bring the campaign closer to home. Seeing how many people locally had already taken part and believing a local charity had just as much chance as any well-established household name boosted the numbers and fuelled the campaign as a whole.

By the end of the public nomination phase a whopping 98,664 members of the public had taken part, putting 7,258 separate charities forward for consideration.

Simply huge numbers and further proof that, if you have the opportunity to spread a positive message through your creative platform, whether it be a stage, social network or press release… don’t pass it up.