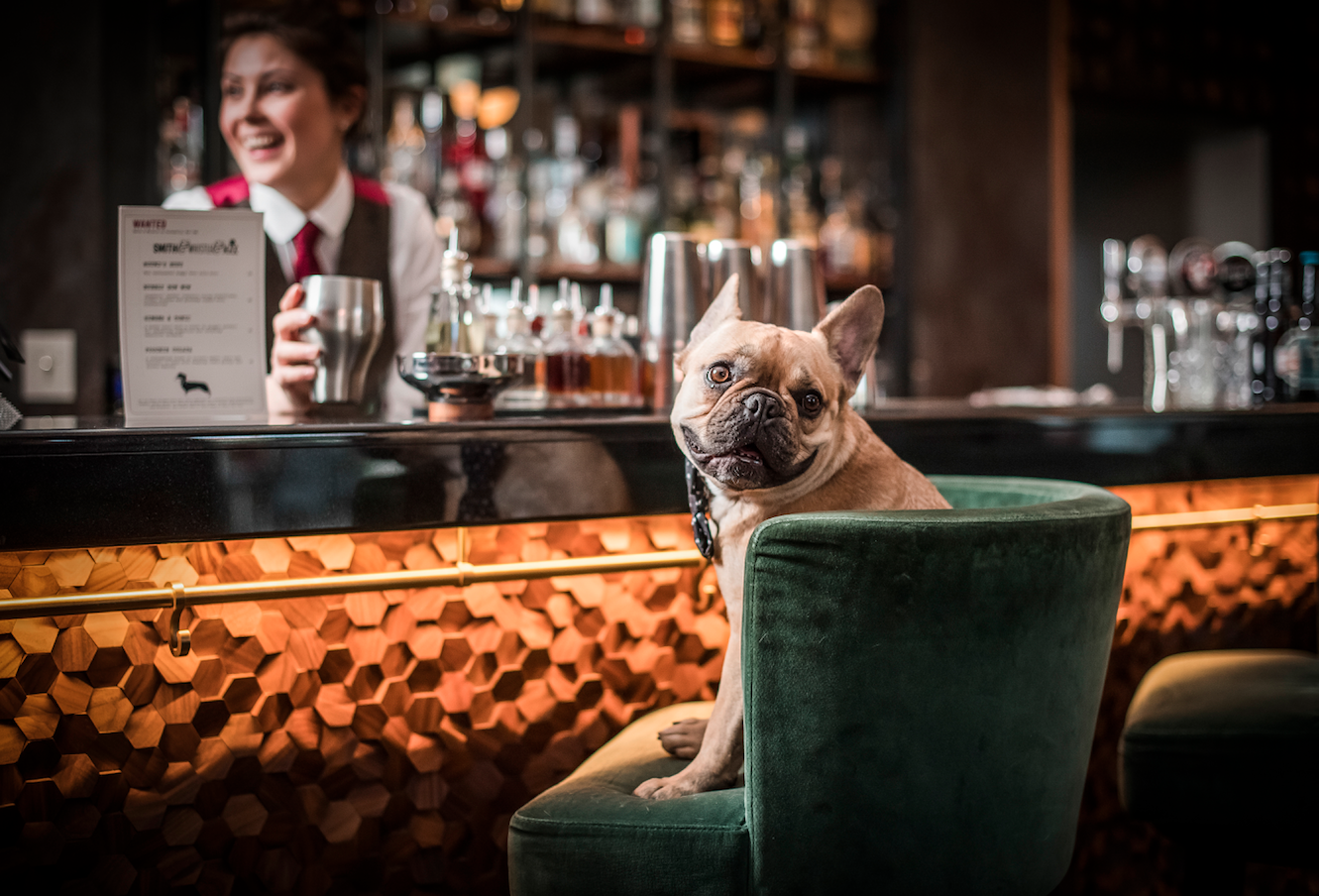 The lucky animal-loving folk on team Sheraton were in their element this last week, with our latest effort for Sheraton Grand London Park Lane.

We were tasked with helping to shine a light on their bar, Smith & Whistle, one of the hotel’s many fantastic F&B offerings.

Being the pet-friendly establishment that it is and with National Pet Month looming, we suggested they introduce London’s first drinks list specially for dogs. Thus, the “dogtail” menu was born; four creations produced in collaboration with a canine nutritionist, specifically designed so pampered pooches can enjoy a beverage with their humans.

On top of that, we helped the bar rebrand for the month of April, to Smith & Whistle & Max, a nod to 2017’s most popular dog name.

A quick – and thoroughly entertaining photoshoot later – we pushed the story out far and wide. First to pick up the adorable images were Secret London, the Handbook, Spirits Business, The Caterer and Pretty 52.

This was followed by stunning pieces in the Metro, the Evening Standard, Country & Townhouse, Town & Country, Mayfair Magazine and on MSN.

Then it seemed to spread like wildfire among some of the biggest trend sites, such as Swirled, Absolutely London, Geekologie, Master of Malt, Extravaganzi, Luxury Launches, Urban Intention, The Fix, PSFK, Lost in E Minor.

Then something lovely happened – the story started to go global. USA Today and Food & Wine over in the States, Pedestrian which is Australia’s biggest culture site, Fem Fem and Marie Claire in the Netherlands, Insight in the Czech Republic and Londra da Vivere in Italy have all covered the story so far.

And so it keeps rolling. With more in the pipeline alongside a line of London influencers and their canine companions waiting to try the new menu, this is far from over.

All in all, this has been a blast.