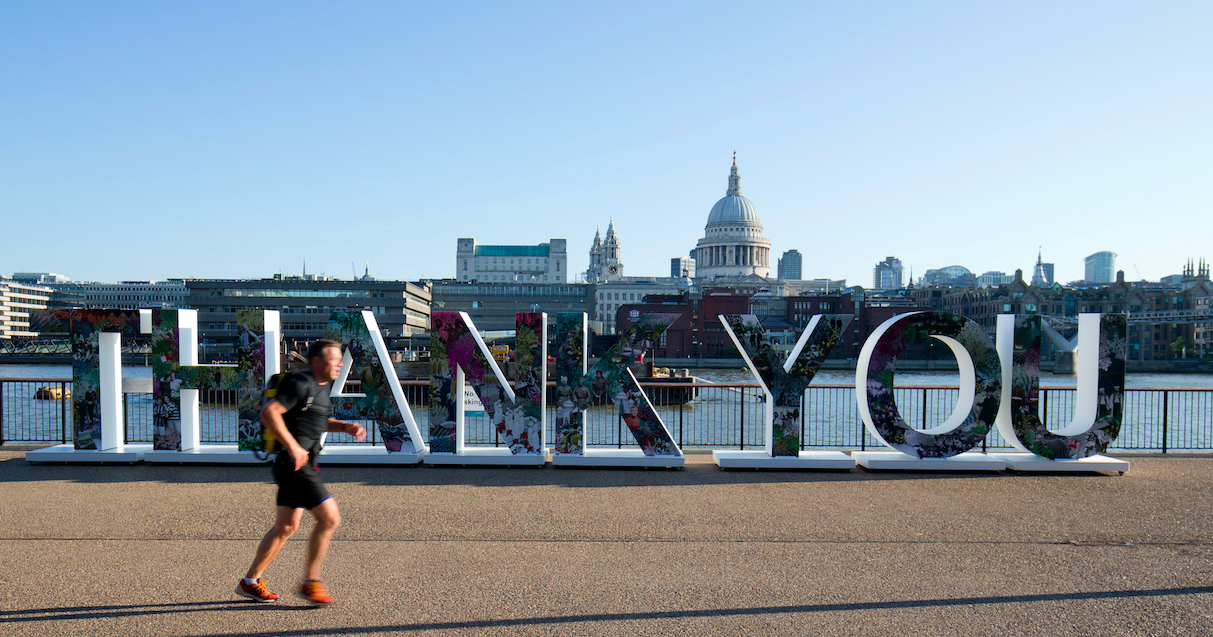 We’ve been keeping this one under wraps for a little while now but we’re proud as punch to share our latest work, with The Royal British Legion.

We’re working with the RBL to encourage the nation to say “thank you” to all those who served and sacrificed in the First World War, 100 years since the fighting ceased and the armistice was signed.

Working alongside the brilliant team at the Legion, we launched the campaign on Friday – 100 days from the official Centenary date – to scores of media coverage and a heart-warming public response.

We created a giant “thank you” installation (8ft tall, 52ft wide) on London’s South Bank as a focal point for the movement, featuring a striking large-scale piece of artwork from Sarah Arnett that captures the breadth of the war effort. Each of the giant letters feature white spaces, so the public can leave their own messages of thanks directly onto the installation.

After months of planning, Friday came around and the collective teams flexed a whole lot of media muscle landing the story with the attention it deserved.

Over on social, #ThankYou100 was trending by breakfast time and throughout the two days the installation was in situ, hundreds of passers-by left messages of thanks to a generation of people who helped change our world for the better.

Next up, our “thank you” installation will be heading out on a six-date regional tour taking in Plymouth, Birmingham, Dundee, Belfast, Liverpool and Swansea, as we spread the word.

The work we’re doing with the Legion shines a light on the men, women and children from communities throughout the British Empire and from neighbouring countries, who sought light in impossibly dark circumstances to help shape the world as we know it today.

We all have a lot to be thankful for and to say we’re proud to be involved would be an understatement.