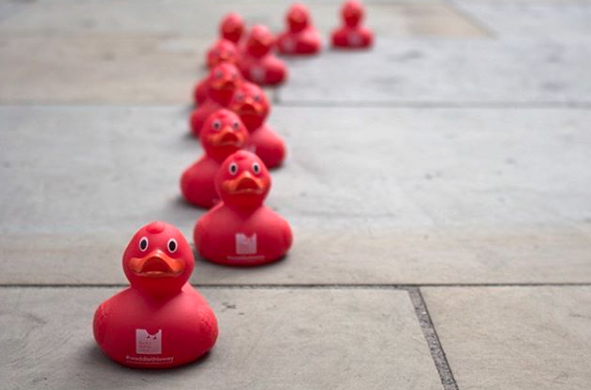 Over the last few years Duck & Waffle has become somewhat of a London institution, so imagine our excitement when we were asked launch their brand new outpost; Duck & Waffle Local, a fast casual offering with a duck-based menu, presided over by chef director Dan Doherty.

With speculation of a new opening rife in some corners of the media (most with questionable accuracy), we suspected a straight-up announcement would fly, so duly, we had our starting point.

And so it was, we broke the news to the great and good of London’s media, landing pieces in the likes of the Evening Standard (the first of three pieces to date), ES Magazine, Metro, Financial Times, Urban Junkies, London on the Inside and Time Out (again, the first of three pieces to date), plus a clean sweep of the trade press with the Drinks Business, Hot Dinners, The Caterer, Restaurant, Big Hospitality and Harden’s, to name a few.

Then as the opening approached, we started to load the restaurant with media, booking in the likes of Clerkenwellboy, Olive, Delicious, Evening Standard, Hello!, Metro, Bloomberg, Londonist, Time Out, Esquire, GQ, Red, Mail Online, The Guardian, Jamie Magazine, EasyJet Traveller, Stylist, OK! and The Evening Standard Magazine to sample the new set up.

We also lined up a Facebook Live session with The Sunday Times, so Dan could showcase some of his new recipes. The team also landed him a slot on Gaby Roslin’s BBC Radio London show, where he brought in a selection of dishes for the presenters to try. Then this coming Sunday, you’ll be able to catch Dan cooking on Channel 4’s Sunday Brunch.

With the news well and truly out there, we turned our attentions towards social media.

Capitalising on the genuine excitement around the opening, we commissioned 1,000 little red rubber ducks which we hid around London with the help of five Instagram influencers. Then we asked the public to find them and #waddlethisway, swapping the duck for a free dish at the restaurant.

Having seeded out the locations ahead of time, our teams were met at each place by folk eager to get their hands on a red duck. The little guys disappeared with some speed and Instagram was awash with pictures as people excitedly showed off their findings. The Evening Standard, Time Out, Street Eats, Urban Junkies and Delicious all picked up on what we were doing, adding to the frenzy.

All said and done, our work to date has reached 2.9 million on Instagram, generating more than 36,000 likes and close to 5,000 comments. While over on Twitter, #waddlethisway clocked up a million timeline deliveries.

To date (and there’s still plenty more to come), the team has notched up more than 80 pieces on the new restaurant, reaching 120 million people in the process.