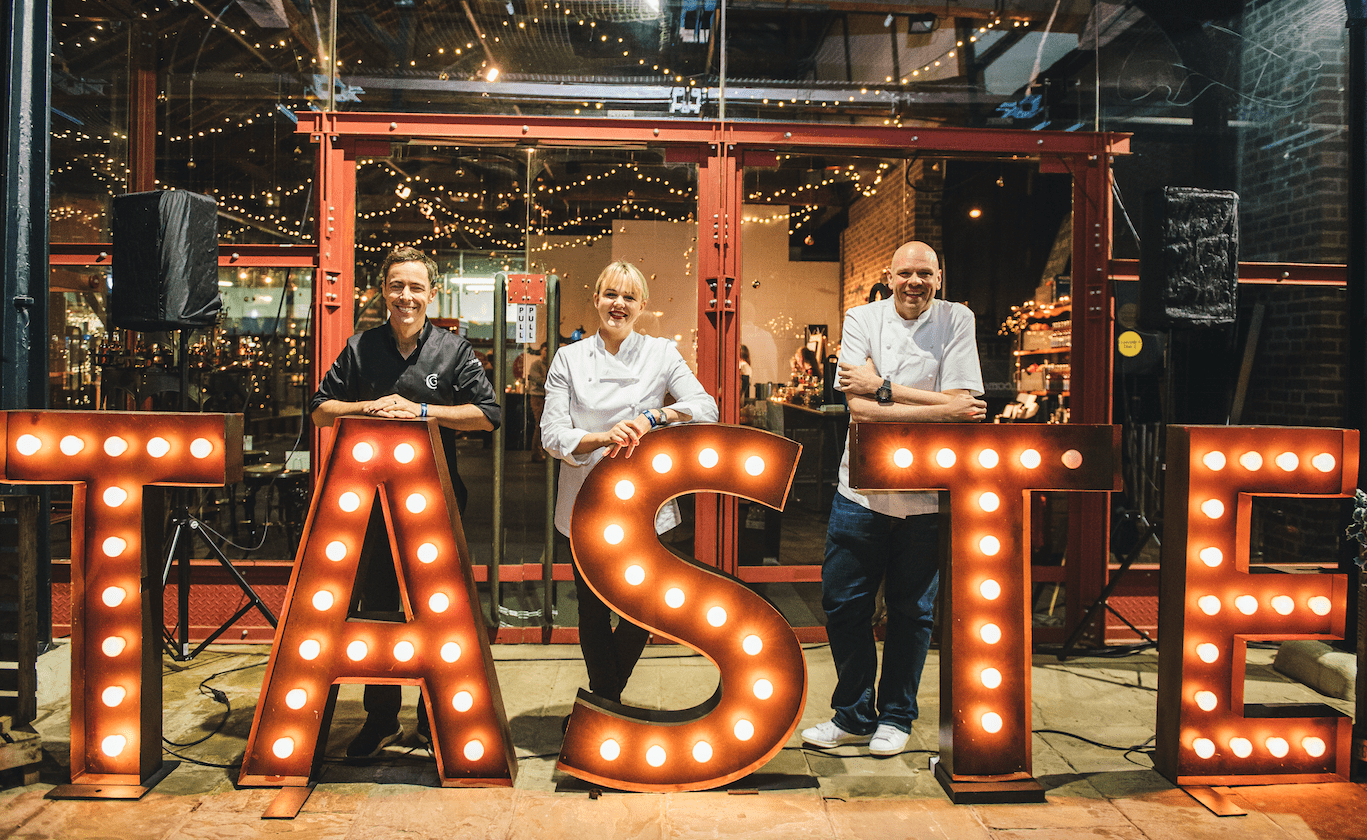 We’re mighty proud to have spent another year at the helm of the UK’s biggest (and most marvellous) food and drink festival, culminating in Taste of London; Festive Edition which took place at the end of last year.

Taste offers the biggest collection of restaurants, chefs and exhibitors you’ll find on these shores and our work helped ensure thousands of hungry punters flooded into the glowing brick archways of Tobacco Dock, for another round of festive merriment.

In the run up, we matched three mighty fine chefs with five journalists from the Evening Standard, Metro, Mail Online, Foodism and Great British Chefs, holding a ‘cook Christmas like the pros’ session.

We worked our assets hard, landing some stunning features content across a host of key titles, including a full page in the Telegraph magazine, a full page story across all 12 of Life Magazine’s publications (distributed regionally in London), Five page cover story in the Notting Hill and Holland Park magazines, a full page in Food & Travel, a double page spread in Good Things, four separate features on the Evening Standard Online and five pieces in both the Metro and the Evening Standard in print (both titles we know are proven ticket sales drivers).

The team also notched up a string of broadcast pieces across nine channels and stations plugging the festival, with highlights including Sunday Brunch, London Live (who repeated the same piece across their news slots for two days), BBC Radio 2 and three pieces on BBC Radio London.

All in all, we landed no less than 172 pieces, with a value of £2.9 million, 100% of which contained a call to action, across a four-month period. We hosted 190 media on-site and landed hits with 37 out of 40 pre-identified titles that we know generate ticket sales.

Our work meant that the tickets flew out the door and the average spend per head was significantly up on the previous year.

Not a bad effort, we reckon. Merry Christmas indeed.