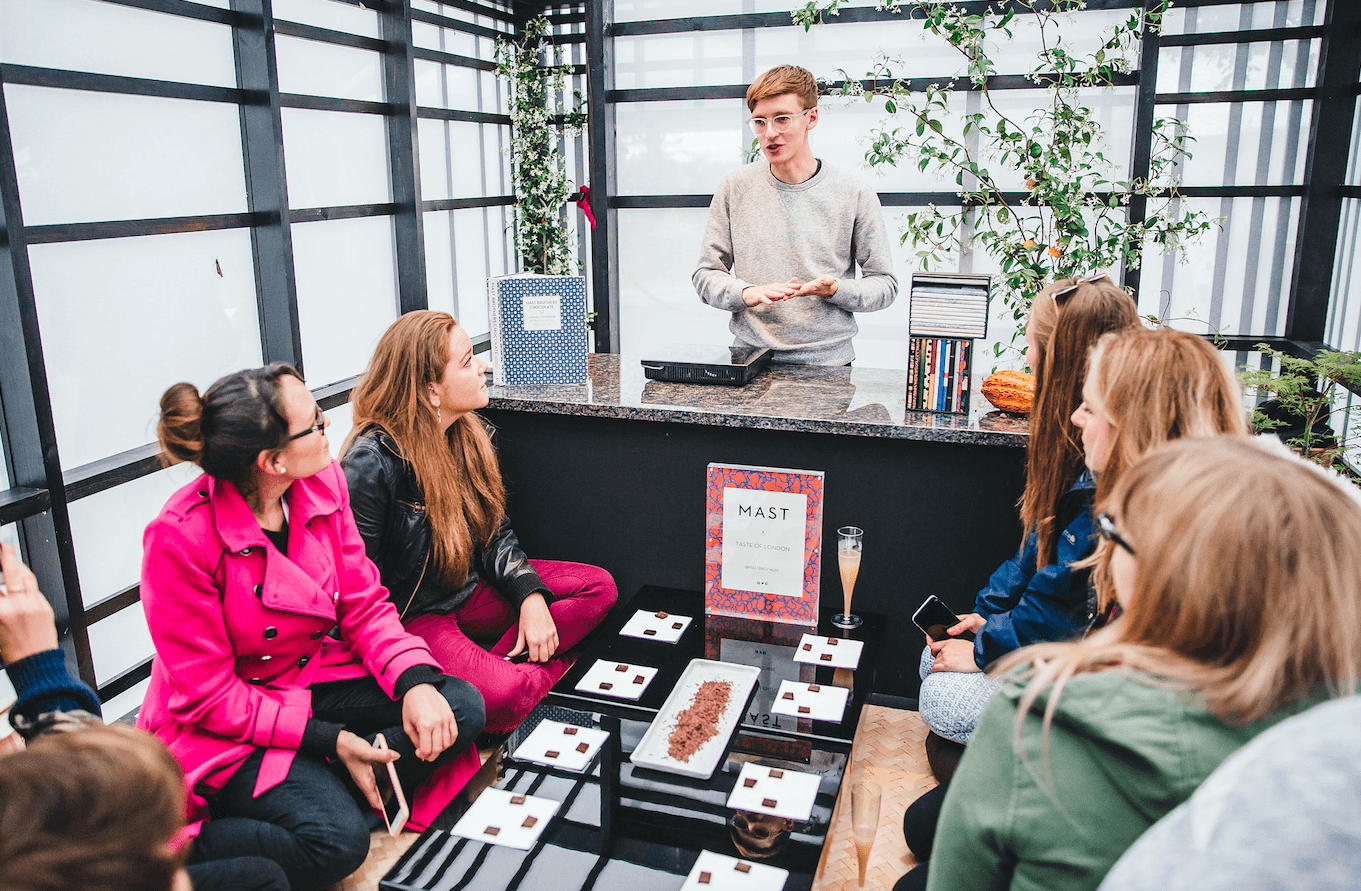 Rewinding back a few months, we were briefed to come up with a way of driving conversation on social media ahead of and during Taste of London.

Working with the assets we already had to hand – the chefs and exhibitors – we came up with #SecretService, an on-site feature offering money-can’t-buy foodie experiences only available to a lucky few, who spotted the tweets.

We called in a design team to build an area within the festival, beautifully created to resemble a Japanese tea ceremony. Then we pulled together a programme of ultimate food and drink experiences which could only be accessed by eight lucky people per time, by retweeting a message on Twitter.

In the week before opening, we teased the new feature on Twitter to Taste’s 46,000-strong following, leaning on one or two influential users for additional support in spreading the word, too.

And it worked a treat.

During the festival, we served up unbeatable experiences to 176 people.

The Taste of London twitter handle was mentioned nearly 1,000 times in relation to #SecretService, as the festival public scrambled to bag their place.

The content was seen more than 970,000 times, with 10.3 million timeline deliveries.

Then to top it all off, the media liked the idea too, as we bagged pre-event coverage for #SecretService in Time Out, Metropolist, Haper’s Bazaar and London on the Inside, to name check a few.

The best bit came when a few days after the festival, Taste confirmed they want to run #SecretService again next year. We’ll take that as a sign.