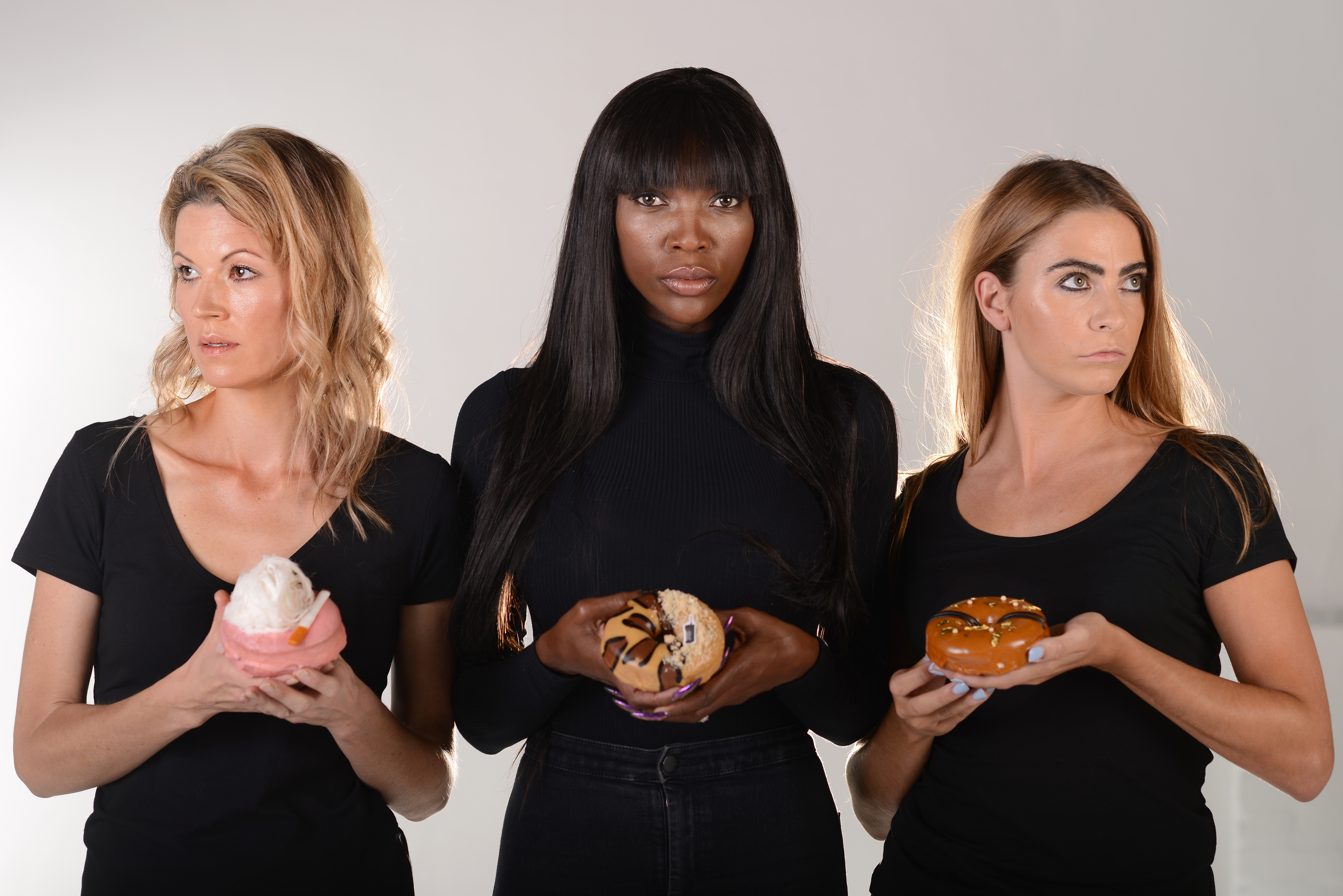 We kicked off our work with Doughnut Time in fine style last week, causing a bit of a splash around their impending store opening in London, with a rather tasty story jumping on the start of London Fashion Week.

Being makers of cheekily named doughnuts, we thought it’d be fun to create a set of sweet-treats that payed homage to three legends of the catwalk. So it was, the “Kate Floss”, the “Naomi Crumble” and the “Cara-mel Delevingne” were born.

And what better way to show them off than using the models themselves, we thought. Figuring that Kate, Naomi and Cara would probably decline, we opted for lookalikes instead, framing them in famous poses with the doughnuts front and centre.

The media loved the shots (helped along by deliveries of doughnuts) as we landed a stonking piece in the Daily Star, plus pieces on Metro, Stylist, London on the Inside, the Evening Standard, Delicious, The Resident, Pop Sugar and Bang Showbiz to name a handful.

From there, we were up early on Friday morning, landing Fashion Week doughnuts at all the main radio breakfast shows, receiving shout outs on Kiss FM and mentions across FOUR different shows throughout the day on Heart.

All in all, the work delivered a reach of over 80 million, landing heaps of Doughnut Time’s pop-culture inspired vibe on the great British public, while flagging Doughnut Time’s impending arrival in London.

And all for the very modest cost of a photographer and a few models. Not bad, we think.